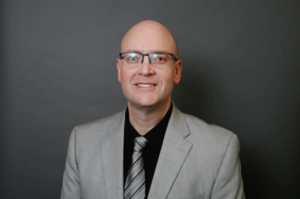 Adam Sikorski has been married to his wife, Stacy (Grogan, NCU ’98), since 2002. They have two children: a daughter, Reghan, and a son, Keghan. As a result of growing up in South Bend, IN, Adam is an avid Notre Dame football fan. He enjoys reading and is a fish tank enthusiast.

Adam has served in ministry since 1992 and NCU welcomed him back as a faculty member in 2015. The vast majority of his ministry career has been working with youth and college students. He has had the opportunity to do youth and college ministry in the urban communities of Detroit, Minneapolis, and Chicago. In addition, he did college and young adult ministry at Illinois State University. Since 2010, Adam has been a part of Christian Higher Education. He has a heart to teach the next generation of ministers to go out and change the world.